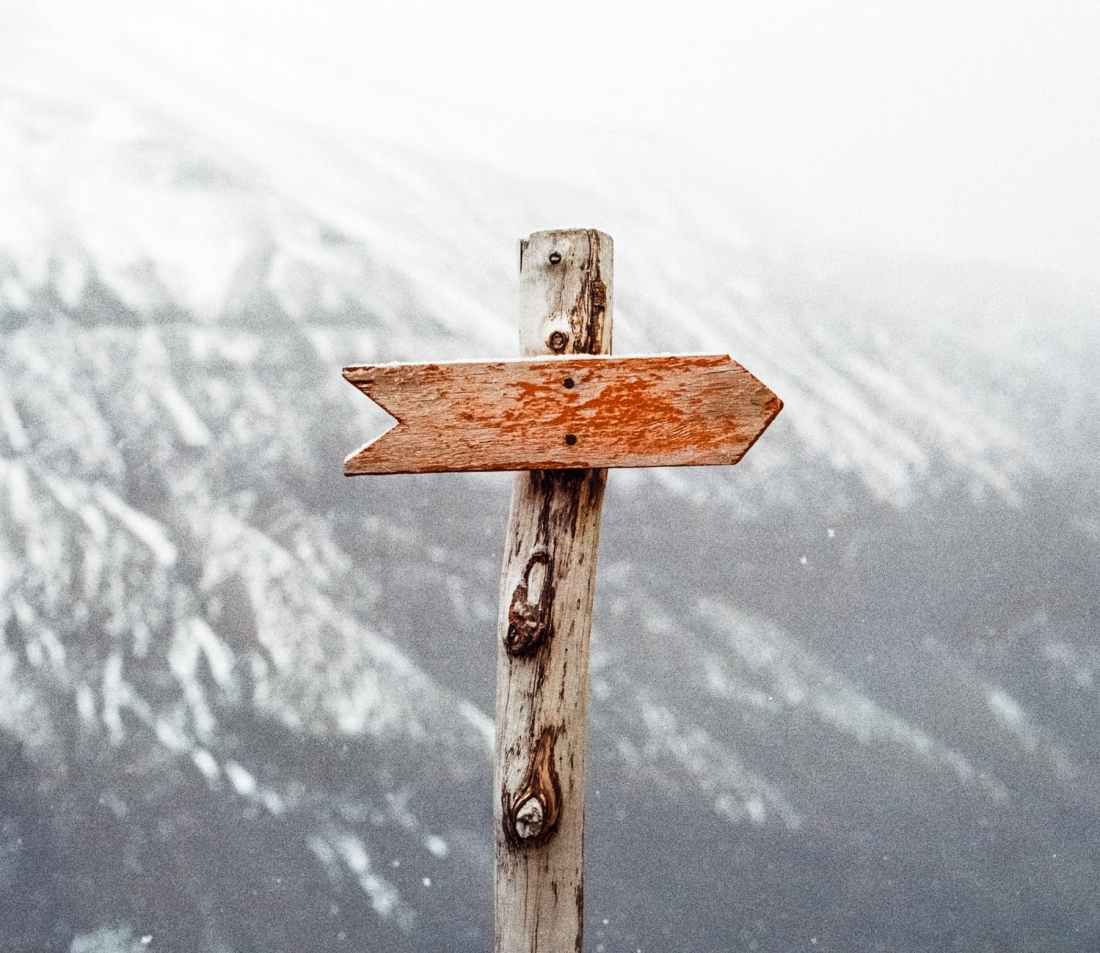 I haven’t posted in five months or so. It’s taken me a lot of time to wrap my head around everything going on in this country. I’ve also had a lot going on personally (good things and challenging things). I’m slowly coming back around to wanting and needing to write. I need to make sense of what is going on and where we go from here (impact on my family and the country). I’m excited to be writing again.

I’ve started reading Seneca again (the Stoic philosopher). My perspective on his writings has evolved as I see opportunities to apply the lessons to the world at large versus the micro view I have taken historically. In the past, I would try to use the lessons, and Stoicism in general, only in my personal life. By that I mean, I tried to apply his teachings to my family life (read my early posts to get a taste of that) or to my work life. I never looked beyond those “walls” though. Not looking beyond my personal situation was short-sighted, which has become crystal clear given the current environment we are living in.

In the last six months alone, our country has come face to face with a pandemic, police brutality, racism, protests, riots, vandalism, violence, and an upcoming election between two individuals that are not inspiring and seemingly have no chance of leading this country out of the mess we find ourselves.

Each of these observations is worthy of a blog post. That thought doesn’t interest me much given how much you can read on these topics today. This brings me to why I am writing. My concern is we don’t really know what is actually going on – and it is getting worse. The amount of inaccurate information – on purpose or not – seems to be overwhelming. It makes those of us who are looking for the truth frustrated and in a difficult spot to make educated decisions. More concerning, this misinformation empowers those that have little interest in the truth. These individuals are focused only on their view of the world. They are always right and the counter argument is always wrong. In today’s highly volatile environment, this reality, and the desperate need to prove how right you really are has led to widespread destruction and at times death.

It’s not clear to me if anyone knows what they are actually fighting for. I think there was a cause early on. I think that cause has turned into a scapegoat of sorts. Radical individuals or organizations looking for a reason to create chaos and destruction in this country – to what end I don’t know. Like Winston Churchill said, “Never let a good crisis go to waste.”

Throughout the remainder of this post, I am going to quote Seneca. The quotes all come from, The Tao of Seneca, Volume 1, Letter 7 – On Crowds. This letter has helped me frame my thoughts on several very important issues plaguing this country and myself.

“Do you ask me what you should regard as especially to be
avoided? I say, crowds; for as yet you cannot trust yourself to
them with safety. I shall admit my own weakness, at any rate; for
I never bring back home the same character that I took abroad
with me. Something of that which I have forced to be calm within
me is disturbed; some of the foes that I have routed return again.
Just as the sick man, who has been weak for a long time, is in such
a condition that he cannot be taken out of the house without suffering a relapse, so we ourselves are affected when our souls are
recovering from a lingering disease.
To consort with the crowd is harmful; there is no person who
does not make some vice attractive to us, or stamp it upon us, or
taint us unconsciously therewith. Certainly, the greater the mob
with which we mingle, the greater the danger.”

“Taint us unconsciously”. There is enough data today to clearly tell us that we are being led in a certain direction, based on our preferences and habits. We are the puppets. What’s crazy is the CEO’s of some of these companies are telling us this directly and we simply don’t care. Twitter CEO Jack Dorsey said, “Social-media companies are failing their users by creating echo chambers that encourage polarization”. Jeff Bezos, CEO of Amazon said, “I think social media is increasing, unfortunately, identity politics, [and] tribalism. I think the internet in its current incarnation is a confirmation bias machine,”. “If you have a going in point of view and you go do some searches, you find confirmation of your point of view. If your newsfeed is showing you things, it’s showing you things that confirm your point of view.” Isn’t this exactly what we are seeing playing out today across the country – from coast to coast?

I strongly recommend watching “The Social Dilemma” on Netflix for more information on this topic from social media insiders. Tech executives and programmers at these companies go on the record telling us all what is going on and how we are being manipulated. There is no incentive for these companies to give us a balanced look at a certain topic – that isn’t going to move their needle.

“But nothing is so damaging to good character as the habit of
lounging at the games; for then it is that vice steals subtly upon
one through the avenue of pleasure.
What do you think I mean? I mean that I come home more
greedy, more ambitious, more voluptuous, and even more cruel
and inhuman, because I have been among human beings. By
chance I attended a mid-day exhibition, expecting some fun, wit,
and relaxation—an exhibition at which men’s eyes have respite
from the slaughter of their fellow-men. But it was quite the
reverse. The previous combats were the essence of compassion;
but now all the trifling is put aside and it is pure murder. The
men have no defensive armour. They are exposed to blows at all
points, and no one ever strikes in vain.
Many persons prefer this programme to the usual pairs and
to the bouts “by request.” Of course they do; there is no helmet
or shield to deflect the weapon. What is the need of defensive
armour, or of skill? All these mean delaying death. In the morning
they throw men to the lions and the bears; at noon, they throw
them to the spectators. The spectators demand that the slayer
shall face the man who is to slay him in his turn; and they always
reserve the latest conqueror for another butchering. The outcome
of every fight is death, and the means are fire and sword. This sort
of thing goes on while the arena is empty.
You may retort: “But he was a highway robber; he killed a man!”
And what of it? Granted that, as a murderer, he deserved this
punishment, what crime have you committed, poor fellow, that
you should deserve to sit and see this show? In the morning they
cried “Kill him! Lash him! Burn him! Why does he meet the
sword in so cowardly a way? Why does he strike so feebly? Why
doesn’t he die game? Whip him to meet his wounds! Let them
receive blow for blow, with chests bare and exposed to the stroke!”
And when the games stop for the intermission, they announce:
“A little throatcutting in the meantime, so that there may still be
something going on!”

This last line rings true doesn’t it? We have a constant need to know what is going on in the world. The phone dinged or vibrated, I have to look. Maybe there are message or notifications that I cannot miss. If I have to go to the bathroom, my phone is coming with me. Exercising, traveling, eating, I can’t be without my phone. I need to know what the latest news is. It seems we are more and more incapable of existing in our own head space.

I think the question that needs to be asked is a simple one, why? Why do I need to look at my phone and those apps all the time? What am I getting out of it? Am I actually learning anything? Is there any real value being provided by these apps? I don’t have the answers, but I am asking myself these questions.

“Much harm is done by a single case of indulgence or greed;
the familiar friend, if he be luxurious, weakens and softens
us imperceptibly; the neighbour, if he be rich, rouses our
covetousness; the companion, if he be slanderous, rubs off some
of his rust upon us, even though we be spotless and sincere. What
then do you think the effect will be on character, when the world
at large assaults it! You must either imitate or loathe the world.”

This is where I truly get concerned. Our reliance on our smart phones and computers expose us to the entire world. We know that other countries are taking shots at us. They are poking holes in our character and at the moral fabric of the country. We know about Russia and China intentionally interfering with our elections. We would be naive to think it stops there. The crazy thing is even with this knowledge we don’t make any changes to our habits. We don’t delete Facebook, Twitter, and Instagram. We can’t see this interference directly, so we simply go on with our day. I am not sure we would change our habits even if something happened directly to us. Sounds like an addiction doesn’t it? You know it’s bad for you, but you can’t stop yourself.

Our country seems to be headed for some disastrous event or events if we continue on this path. The only solution that seems to have any chance of success is a large group of people coming together and talking openly and honestly about the issues that plague their communities and their families. Clearly there are polarizing topics that will never be “settled”, but there is no reason compromise and moderation cannot be our path to a peaceful and developing society. We clearly aren’t on that path now. Reading Seneca makes me wonder how much we have really evolved. He died in 65 AD and his words seem to speak directly to our world today.